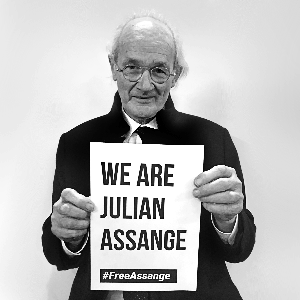 We Are Millions features supporters holding signs to express simply and clearly why they are standing up for Julian Assange, whom the US seeks to punish for publishing hundreds of thousands of diplomatic cables and military documents in 2010. Those releases exposed war crimes, uncounted civilian casualties and rampant corruption and abuse. The Trump Administration has brought 17 counts of Espionage against Assange, the first ever such charges for a journalist, threatening a lifetime

More at the ‘We are Millions’ web site